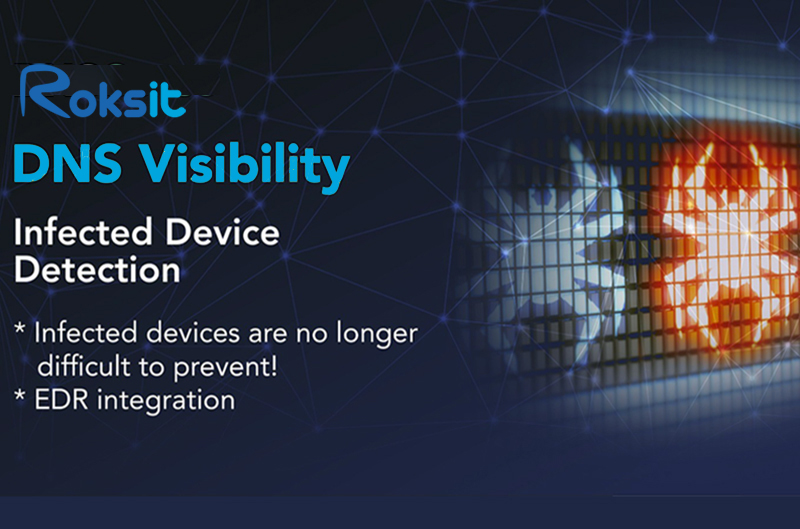 What is DNS Visibility Feature?

92% of the businesses could not receive any visibility for their DNS traffic or they do not report the traffic in the manner of analysis. The main reason behind this situation, the EPS costs belonging to DNS traffic are very high and the hardiness of interpreting the DNS traffic.

How does the DNS Visibility Feature Work?

The users’ DNS requests will be forwarded to the DNS & Security Gap solution and carried through in a matching process.

The data that is collected from Microsoft AD and DHCP are matched to the DNS log information.

Then the domain names will be directed to Roksit's DNS Servers. The real-time DNS traffic is analyzed and the requested domain is categorized by Roksit’s AI-based mechanism. Roksit has 99.9% precision in categorization, and it classifies the traffic by grading with the help of Roksits Cyber Threat Intelligence platform and AI-based substructure.

After the matching and the categorization process, a meaningful report will be generated that indicates which user requested which exact domain on which device and when this request happened.